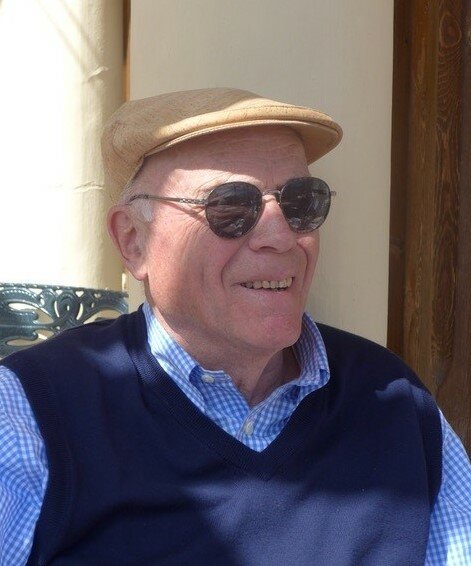 Terry died peacefully with his wife, Kathryn by his side at the Ottawa Civic Hospital on Thursday, December 8, 2022.  Predeceased by his parents, Gurney and Georgina and his sister, Shirley. Survived by his brother, Douglas (Lynda) of Toronto, nephew, Neil (Candy), niece, Heather (Roy) and great niece and nephews Ella, James, Thomas and Jasper.

Terry was a patent agent by profession, but curling was his lifelong passion. He was a competitive curler and instructor for many years and travelled to many Canadian and international championships to send us radio reports on CFRA. He was a proud member of the Governor General's Curling Club and the Canadian Curling Hall of Fame. He belonged to several curling clubs, but for the last thirty years he curled and golfed at the Ottawa Hunt and Golf Club. He was also a longtime member of the Ottawa Flying Club and logged many hours in his Cessna Cardinal including trips across the continent with Kathryn and friends.  He was always interested in the people he met and cherished his many friendships. He had a very sharp and enquiring mind and had an insatiable curiosity about so many things. He was the man who read every label in a museum! He will be missed.

A private interment following cremation will take place at the Pinecrest Cemetery.

We are grateful to the nurses and doctors of the Civic Hospital ICU for their compassionate care. For those who wish to make a donation in Terry's memory, donations to the Ottawa Hospital Foundation would be appreciated.

Share Your Memory of
Terry
Upload Your Memory View All Memories
Be the first to upload a memory!
Share A Memory
Send Flowers