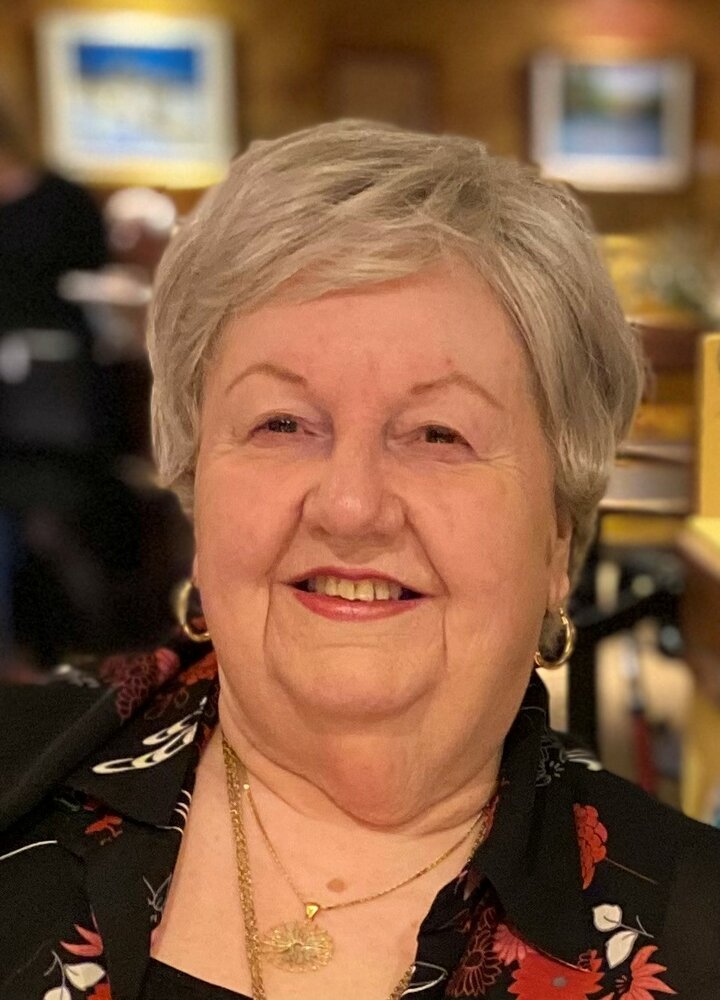 With sadness we announce the passing of our mother, Lovell Anne Lotman (nèe Tulloch) on Thursday, May 12, 2022.  Beloved wife of 68 years of Ivan (Nino) Lotman, and Mother of Richard (Ida), Marianne (Ibrahim), and Anthony. Lovell was a loving grandmother to Kristal, Erica, Amber, John, Sabrina, Rachael, Zachary and Jenna. She is survived by one brother, Wayne Tulloch, her niece Sheri and several nieces and nephews. She was predeceased by her parents, Lemuel and Lottie Tulloch, older brother Conrad  and grandson Gabriel.

Lovell (or Lovey as friends often called her) was born in Iron Bridge, Ontario on May 18, 1937 but grew up in Garson, Ontario. In 1954, Lovell and Nino met, married and subsequently moved to Sudbury. In 1966, they moved the family to Burlington, Ontario where she thrived.

Not having completed her high school diploma bothered Lovell enough that she completed one correspondence course to get her high school diploma when she was 35 years.  Later she worked for many years as a Buyer at the Sheridan College campus bookstore, before switching careers in her late forties. Lovell had a passion for learning and children and worked for ten years at the YMCA Child Care in Stoney Creek until she retired.

Even in her later years Lovell was an avid computer user for over 20 years to keep up with many FaceBook relatives and friends as well as surfing the internet. Lovell loved history, cooking, reading, and visiting various casinos to try her luck. She was also a travel buff and loved her trips to most parts of Canada, the U.S.,  California, Cuba, Florida, Italy and to Slovenia. Lovell also was an avid movie buff and was very knowledgeable about  movie stars and their history as well as film music.  Her love of art and culture were passed onto her children and grandchildren of whom she was always proud.

Lovell died one week before her 85th birthday. Lovell's positive nature influenced all she did and everyone around her. Even near the end of life, Lovell continued to joke daily with her caregivers. The family would like to express thanks to Dr. Mohamed Abdelaal, Dr. Srikanthan and the staff and palliative care team at the Ottawa Cancer Centre and at the Queensway Carleton Hospital for providing her with comfort and care in recent months. Friends and families may make donations in memory of Lovell to the the Canadian Cancer Society.

Share Your Memory of
Lovell
Upload Your Memory View All Memories
Be the first to upload a memory!
Share A Memory
Send Flowers