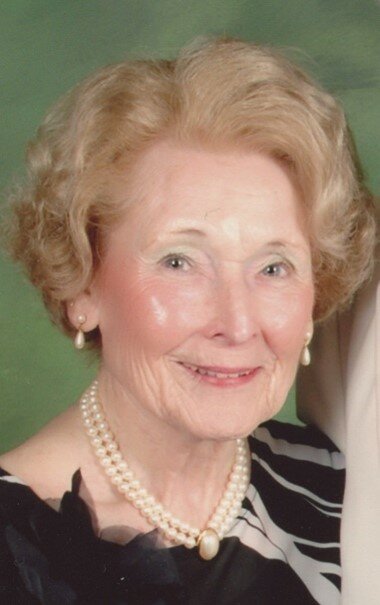 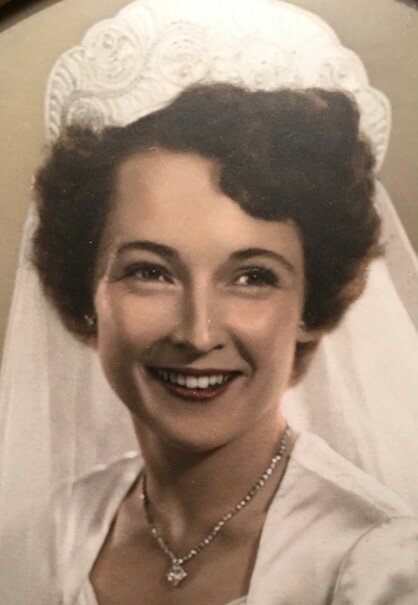 Born in Scotland in 1925, Jane was raised in Saskatoon, Saskatchewan from the age of two. She graduated from Bedford Road Collegiate Institute and then worked at Metropolitan Life. In 1950 she married her high school sweetheart, John, and became a devoted military wife and mother. She took ten military postings in Ontario, Quebec, New Brunswick, and West Germany in stride and quickly established a comfortable and well-appointed home in every new location. Her congeniality and her skills in entertaining were valuable attributes as a military spouse. Together with John, they provided a loving and happy home for their children.

Upon her husband’s retirement from the Army in 1976 they settled in Ottawa where Jane worked for a number of years for CIBC. As she became a grandmother, she frequently looked after her grandchildren, sometimes for extended periods of time. They always regarded her with much affection.

Jane was also very active in the Engineers’ Wives Association (EWA), an organization that financially assisted engineering students. She held executive positions, including that of President, for many years. Through EWA activities such as bursary events, dinners, bridge, golf, skiing and hiking, Jane made many long-lasting friendships and maintained an active social calendar. She and John also enjoyed several ocean cruises and trips out west to visit family. In widowhood Jane remained active, engaged with EWA, her many friends and family.

Jane was a beautiful lady. She was kind-hearted, a loyal friend, an energetic and talented organizer, an elegant dresser, and she had a great sense of humour.  Most importantly she was a loving and devoted wife, mother and Nana. She lived a full life but nevertheless her sudden decline was unexpected. She will always be deeply loved and missed.

At Jane’s request, a funeral will not be held. A family service and inurnment will be held in the near future. Jane’s family would like you to consider an in-memoriam donation to The Engineers’ Wives Association Bursary at Carleton University.

Share Your Memory of
Jane
Upload Your Memory View All Memories
Be the first to upload a memory!
Share A Memory