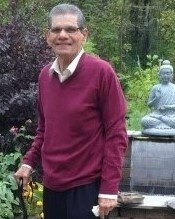 It is with great sadness that, we would like to inform you of the passing of our beloved father, C. S. Ramamurthy Iyer, 93, who left for his heavenly abode on December 15, 2022, at 3.04pm EST in Ottawa, Canada surrounded by his family.

He was the eldest of five siblings, Krishnamoorthy, Mangalam, Chandrashekhar, and lt. Rajalakshmi, and was born to loving parents, Sundaresan and Ponnammal on October 7, 1929, in Kanchipuram, India. He was the family's first graduate, having completed his junior college at Pachaiyappa's College before completing his graduation in mathematics at the prestigious Loyola College, Chennai, thanks to his mother's unwavering persuasion, motivation, and courage. He was a die-hard soccer fan, player, and a true sportsman. He was an avid soccer player having led his teams during his college years and in his professional life. He moved to Gujarat working with the AG’s office and again was the captain of the Bombay soccer team.

In the 1950s, he married Sakunthala and had seven daughters with her. He was not afraid of challenges and moved outside of his city in search of better job opportunities and for the betterment of his family. He moved to Rajkot and later rose through the ranks to become an accomplished and well-known accountant at the government corporation in Ahmedabad, Gujarat, where he built his kingdom of love and joy through his hard work. He was fully involved in the family's endeavors, whether it was stitching beds, tutoring mathematics to his children all night, taking his family on unexpected trips as part of his work, buying them dal vadas or making killer aam rass and scrumptious murukku in the scorching summers.

He worked tirelessly to support the family and was incredibly supportive of them. He relocated to Canada after retiring to support his daughters in their pursuit of a better future. Relocating to a different continent was never a barrier to his spiritual journey as his faith in God was deep rooted. He found immense satisfaction in learning new things, which may range from cultures to politics to technology.

He was a man of few words with boundless love and knowledge. He was a wise and charming man with impeccable style who never flinched away from his responsibilities. He had a wicked sense of humor. He instilled in his children not just knowledge but also morals and religion. He loved spending time with his family, the outdoors, the sun, going for walks in the morning, car drives, religiously taking his grandchildren to the parks, playing soccer and chess, visiting McDonalds/Tim Hortons for coffee, exploring different cuisines, reflecting on his life's journey, chanting Rudram, listening to Carnatic music and occasionally sipping a good glass of  wine.

A private funeral will be conducted at the Cole Funeral Services at 10:30am EST on December 18, 2022. A live stream of the service will be available at the following link beginning at 10:30am.  SERVICE LINK

Share Your Memory of
Ramamurthy
Upload Your Memory View All Memories
Be the first to upload a memory!
Share A Memory
Send Flowers