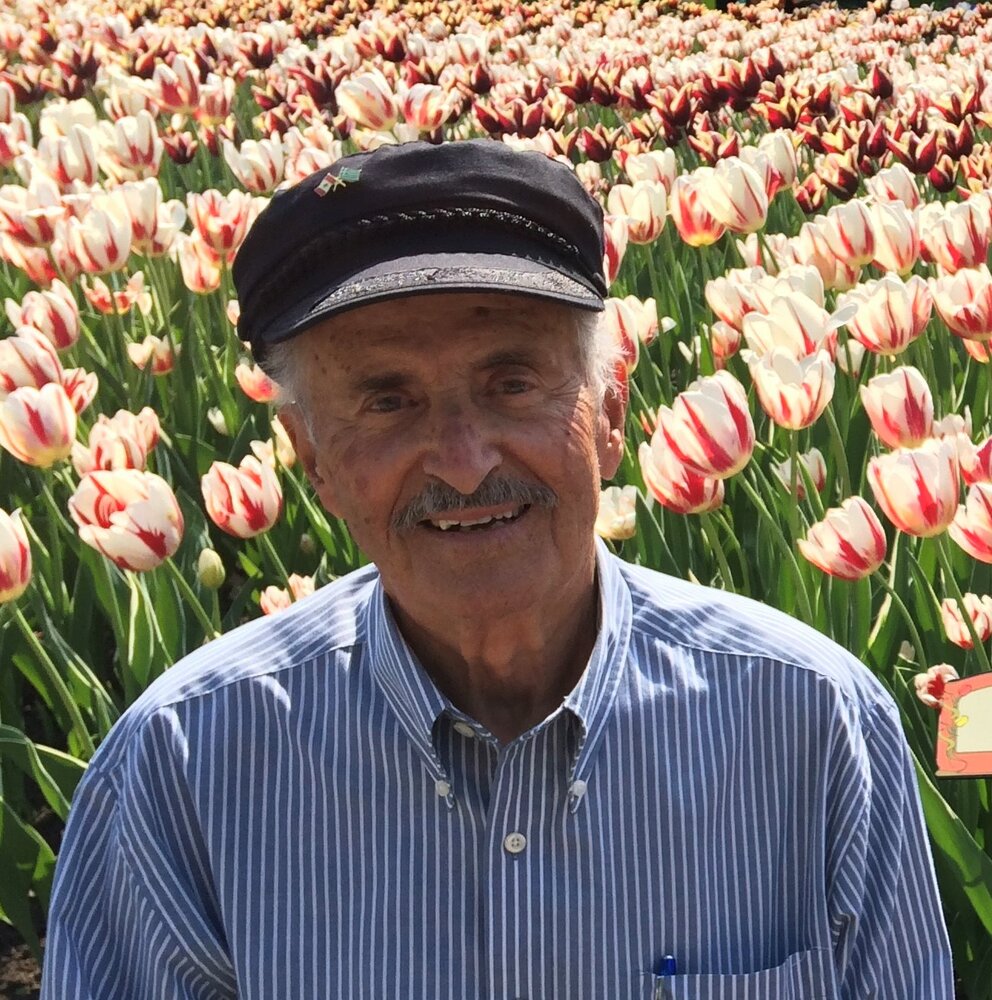 It is with deep sorrow that we share the news that our beloved Steve (Efstathios), at 91 years of age, passed peacefully on Wednesday, November 30, 2022, with cherished family by his side after a brief and courageous fight with lymphoma.

Steve was born in the village of Tripotamon, Arcadia, Greece in 1931. His parents, the late Antonios and Panayiota (née Patsiavos) raised their 4 children Dimitra, Efstathios, and the late Ekaterini and Panagiotis in a loving and nurturing home. He spoke fondly of his memories growing up in Tripotamon, remembering the good times along with the difficult times during WWII when the German army occupied their village.  As a young adult, Steve served his time in the Greek Army where he excelled in sharp shooting. He also trained as a printer (before the age of computers) during this time. His working career in Greece and in Canada was as a printer, which, as a dedicated, honest, fun-loving people person, he enjoyed immensely.

The love of Steve’s life, Bessie (Vasiliki, née Pezoulas) was also born in Tripotamon. They married in 1956 and made the trans-Atlantic voyage in December of the same year to begin their lives together in this beautiful country.  Steve embraced life in Canada, enjoying all four seasons and taking every opportunity to explore it with Bessie and their 3 children Antonios (Anne Marie), Gina (Rafael) and Penny (Demetrios). All those who knew Steve will always remember the love, dedication, and pride that he had for his family. His memory will live on through his cherished grandchildren George-Jeffrey (Billie), Jason (Jennifer), Loucas (Jessie), Steven (Danielle) and Yanni (Kristin), as well as his great-grandchildren Mia, Will, Eddie and Kennah. His fifth great-grandchild is due next year, and we will all ensure that the baby will know about Pappou Steve.

Proudly maintaining his Greek heritage and our Greek Orthodox faith, Steve served his Church-Community in many capacities, including as a member of the Board of Directors and a long-time volunteer at his beloved Church and Ottawa GreekFest. He was an avid gardener, happy to share his knowledge and the countless crops of beans, tomatoes and peppers. Steve retired at age 50 and spent the next 35 years enjoying winters in Florida with his beloved Bessie, and occasional summertime visits to family and friends in Greece. Some of his greatest retirement memories were made in meeting long-lost cousins and fellow retired Greeks in Florida, and in connecting with family and friends across Canada and the United States. He was always ready with a joke, song or several stories about his life and family, near and far.

Visitation will be held on Sunday, December 4, 2022, from 4:00 to 5:30 pm with Trisagion prayers at 5:30 pm, and on Monday, December 5 from 10:00 to 11:00 am at the Dormition of the Virgin Mary Greek Orthodox Church (1315 Prince of Wales Drive), with funeral to follow at 11:00 am. Interment at Pinecrest Cemetery. Immediately following the interment, friends and family will gather for a makaria reception to celebrate Steve’s life at the Hellenic Event Centre beside the Church.

In lieu of flowers, the family requests donations in memory of Steve to the Hellenic Community of Ottawa (Dormition of the Virgin Mary Greek Orthodox Church). You may make an online donation by clicking here. In the Donation Note, please indicate in memory of Steve Vanikiotis.  You may also call the church office at 613-225-8016 ext. 222.

To livestream the funeral service, please go to: https://youtu.be/Hi_2dg3k1IE

Share Your Memory of
Steve (Efstathios)
Upload Your Memory View All Memories
Be the first to upload a memory!
Share A Memory
Send Flowers