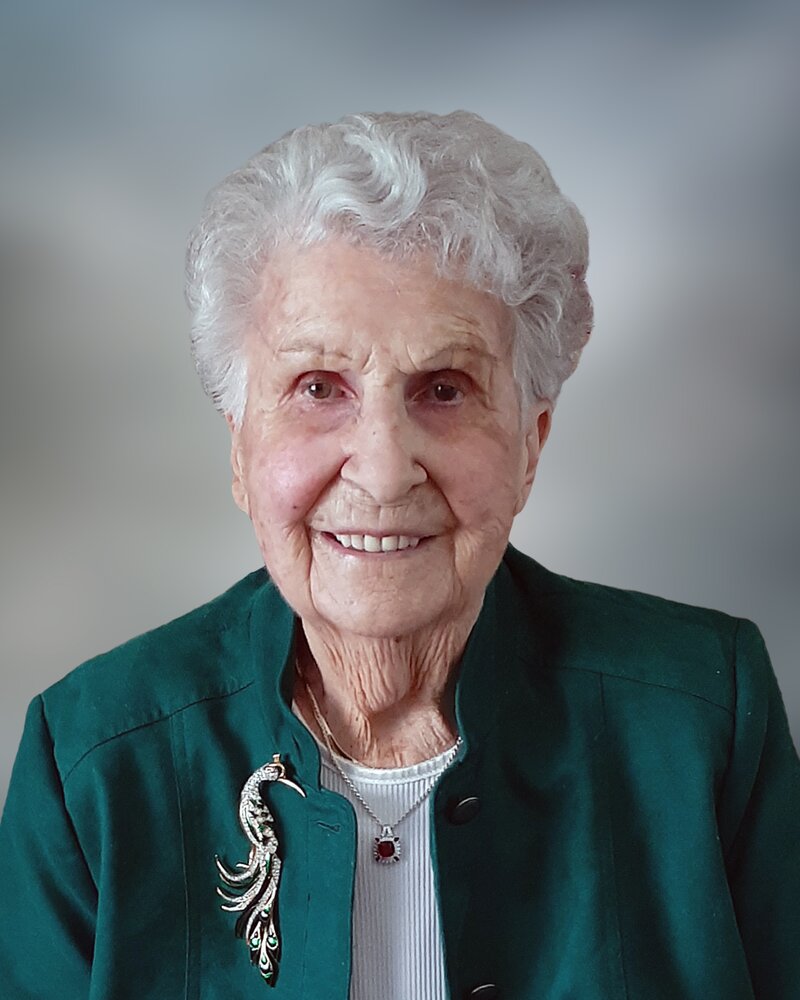 With great sadness, the family of Doreen Winifred Farrell (nee Davidson) announces her passing on Monday November 7, 2022, at the Queensway Carleton Hospital. She was in her 100th amazing year.

Doreen was born in Portsmouth, Hampshire, England, on July 27,1923.  As an only child, Doreen grew up in England, Bermuda, and Malta. Her father died in 1940 when Doreen was only 16.

In 1945, Doreen married Keith Patrick Farrell, a naval architect with the British Admiralty.  In 1949, the family emigrated to Canada, when Keith chose a career with the Royal Canadian Navy.  Doreen and Keith enjoyed their life together traveling, entertaining, dancing, gardening, playing tennis, and attending church groups,  all while raising four active children.  Doreen and Keith lived in Dartmouth, Ottawa and Montreal during their time in Canada and made many enduring friendships.  Keith had a very successful career in the Canadian armed forces, rising to the rank of Captain (Navy). He predeceased his wife in 1996.

In lieu of flowers, the family would appreciate donations to the Queensway Carleton Hospital Foundation or another charity of your choice.

The family would like to extend their deep gratitude to the administration and health care staff at the Redwoods Retirement Residence in Ottawa for their support and care over the past 8 years, and, more recently, the nurses and doctors at the Queensway Carleton Hospital (Acute Care for the Elderly).

A private gathering will be held with the immediate family.  A celebration of life for extended family and friends will be announced at a later time.

Share Your Memory of
Doreen
Upload Your Memory View All Memories
Be the first to upload a memory!
Share A Memory