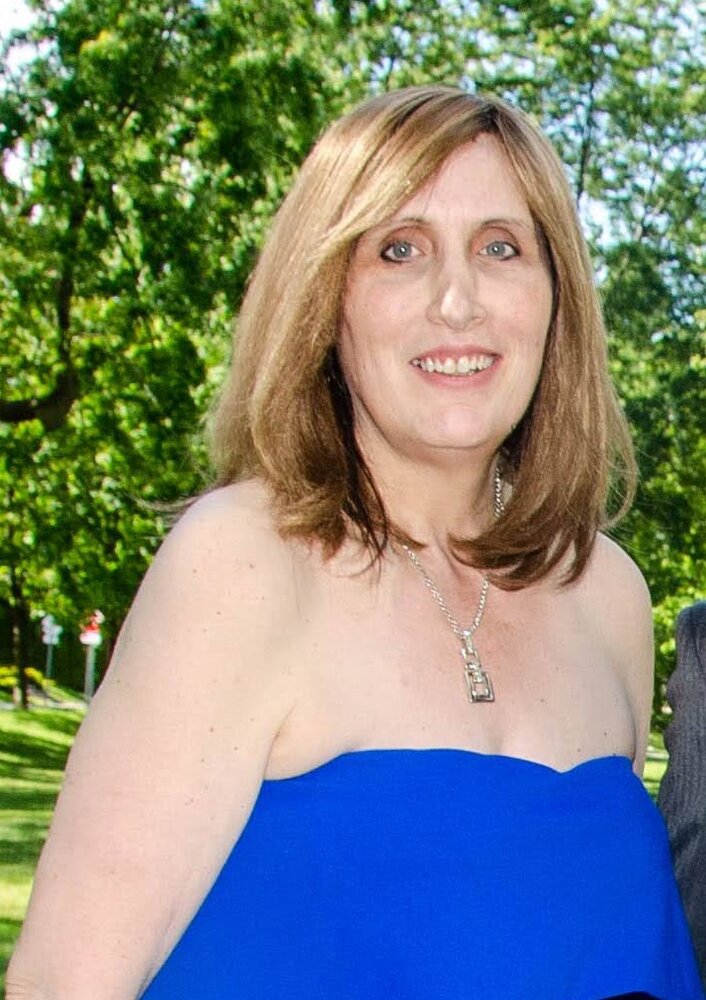 We lament the passing of Dimitroula (Demetra) Langis. On November 6th, 2022, at the age of 56, Demetra passed away peacefully in her sleep in Ottawa after a long and courageous fight with cancer.

Demetra was born in Ottawa on November 14th, 1965. Her parents, Antonios Langis and Eugenia Langis (née Kamarinos), are Greek immigrants who raised Demetra alongside her two siblings Chrisoula Langis and Kosta Langis. Demetra spoke fondly of her memories growing up with her Greek/Canadian siblings, cousins and other family members in their family’s restaurant, the Kingsway Tavern.

In her teenage years, Demetra excelled academically and athletically - her favourite sport to play was basketball. She then obtained her Bachelor's degree in Finance, followed by a Master’s of Business Administration. Demetra worked as a public servant and senior policy analyst in the Government of Canada for 25 years, moving across several different sectors including Agriculture, Infrastructure, and Indigenous Affairs.

Demetra Langis was the loving and compassionate mother to her two children Juliana Yazbeck (née Adema) and Nicholas Adema. Demetra possessed strongly-held family values and provided her children with countless opportunities that allowed them to thrive and grow into the adults they are today.

Demetra had many passions. She had an avid interest in travelling the world, and had lived in Athens, Greece, in Toronto and in Ottawa. Demetra also held great pride in her Greek heritage, had endless love for her many canine friends she parented including Dusty, Lily and Milo, and held strong beliefs in family and community.

Demetra was a selfless mother, who through the admiration of her family and friends, will never be forgotten.

Donations can be made to the Ottawa Dog Rescue or the Canadian Cancer Society.  In the Donation Note, please indicate “In memory of Demetra Langis."

Share Your Memory of
Dimitroula
Upload Your Memory View All Memories
Be the first to upload a memory!
Share A Memory
Send Flowers