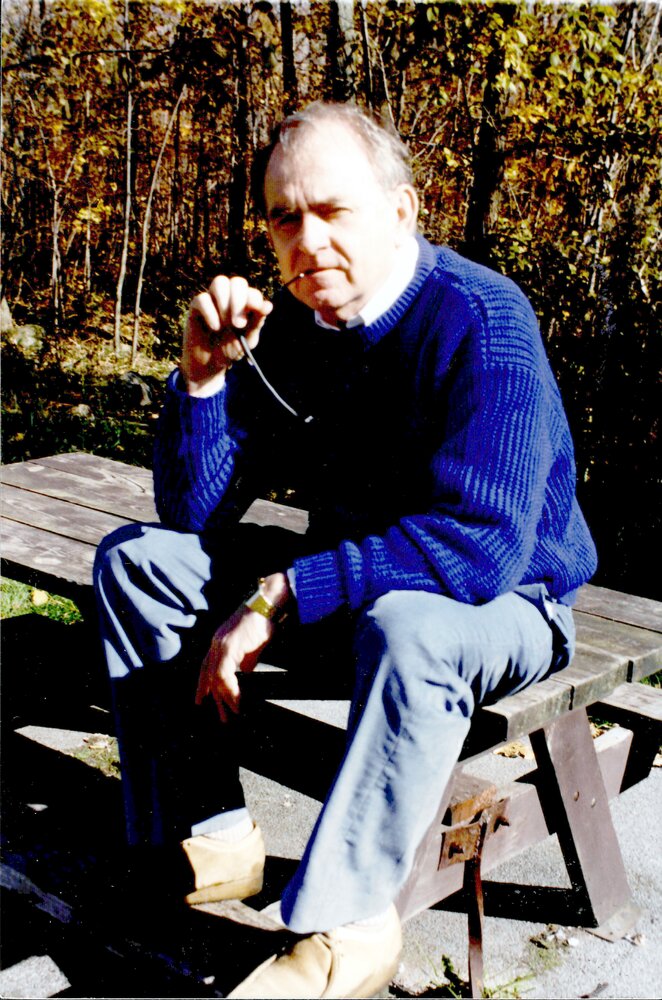 Ron was born on the island of Dominica on September 7, 1928.  He was the son of Eva Greenaway and Thomas E.P.  Baynes, a British government official who served in what was then the British West Indies.  Ron lived in several of the BWI islands while growing up including Montserrat, where his father was Commissioner, and Antigua, where he went to boarding school.

Ron emigrated to Canada in the 1950s, where he joined the RCAF and was stationed in Clinton, Ontario.  It was around this time that he met Loretta (Laurie) Newton, a nurse. They were married in 1953.

While in the RCAF, Ron was the editor of the service magazine, Voxair, the start of a lifelong career in writing.   After leaving the RCAF, he enjoyed a successful career working in advertising, public relations and speechwriting, both in Canada and the United States.  His clients included numerous politicians, government agencies and public companies.  Late in his career he travelled extensively through his press relations work with the International Law of the Sea Conference, often with Laurie.

Ron had a passionate love of reading (especially history), poetry, music, good jokes and good food.  He loved his pets, an assortment of dogs, cats and two budgies over his lifetime.  He was an involved, loving father to his children and a devoted husband to Laurie, with whom he would have celebrated 70 years of marriage next year.

Ron is survived by Loretta, his daughters Deborah Baynes and Sandra Shaffer (Andrew), his loving granddaughter Alexandra and daughter in law, Kimberly.    He is predeceased by his dear son, Stephen Ronald Baynes, and his brothers Vincent and Thomas.

The family wishes to thank the staff at Peter D. Clark LTC for the kind and compassionate palliative care Ron received in his final days.   Private inurment at Pinecrest Cemetery.   Donations in Ron’s memory to the Ottawa Humane Society would be appreciated.

His family grieves the passing of this loving, accomplished and exceptional man, in the words of Tom Wolfe (one his favorite authors) “a man in full.”

Share Your Memory of
Edwin
Upload Your Memory View All Memories
Be the first to upload a memory!
Share A Memory
Send Flowers