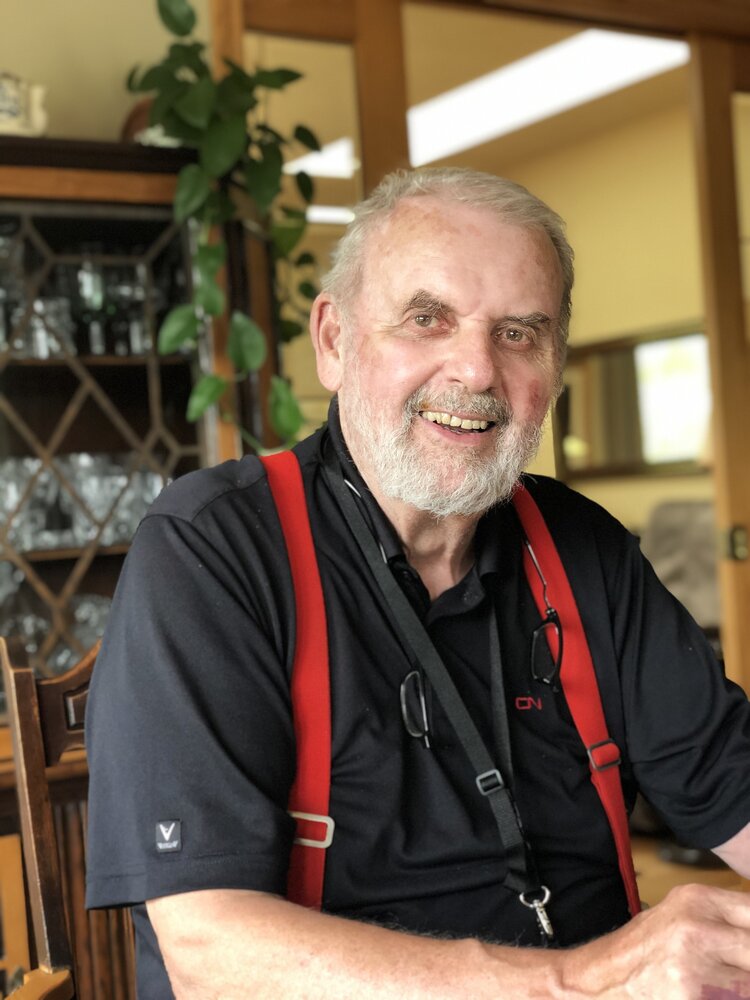 He strongly believed that “Life is for the Living” as he passed unexpectedly, and quietly at the Ottawa General Hospital in the early morning of August 8th, 2022.

Traver was born in Montreal and was proud of the Electrical Engineering Degree he earned at the University of New Brunswick where he met the love of his life, Mary-Ellen Steeves.  He was a life-long railroader, spending his entire professional career at CN Rail, and was known for his signature train hat in the Hawkesbury community where he retired and lived for over twenty years.

Traver cast a big shadow as he influenced those around him.  He was driven by his hobbies and passions.  For those lucky enough to sit at his table, he was considered the best cook they ever knew.  A multi-instrumentalist, his musical talent and love of Bluegrass were a joy to listen to.  He was also a skilled craftsman and woodworker.  He went out of his way to create projects, experiments, and activities with his grandchildren out of genuine concern they might not really know or remember him; this was simply not possible.

He was quick with a joke and had a gregarious laugh that was infectious.  He was known as the person who would be there when you needed him and could be relied on without question.  He could fix anything.   You always knew exactly where you stood with Traver.

A memorial gathering will be planned at a future date for those who knew and loved him, to share stories and memories with a glass of wine, a snifter of cognac and tiny fancy crustless sandwiches that he was known for making.

Share Your Memory of
Traver
Upload Your Memory View All Memories
Be the first to upload a memory!
Share A Memory
Send Flowers