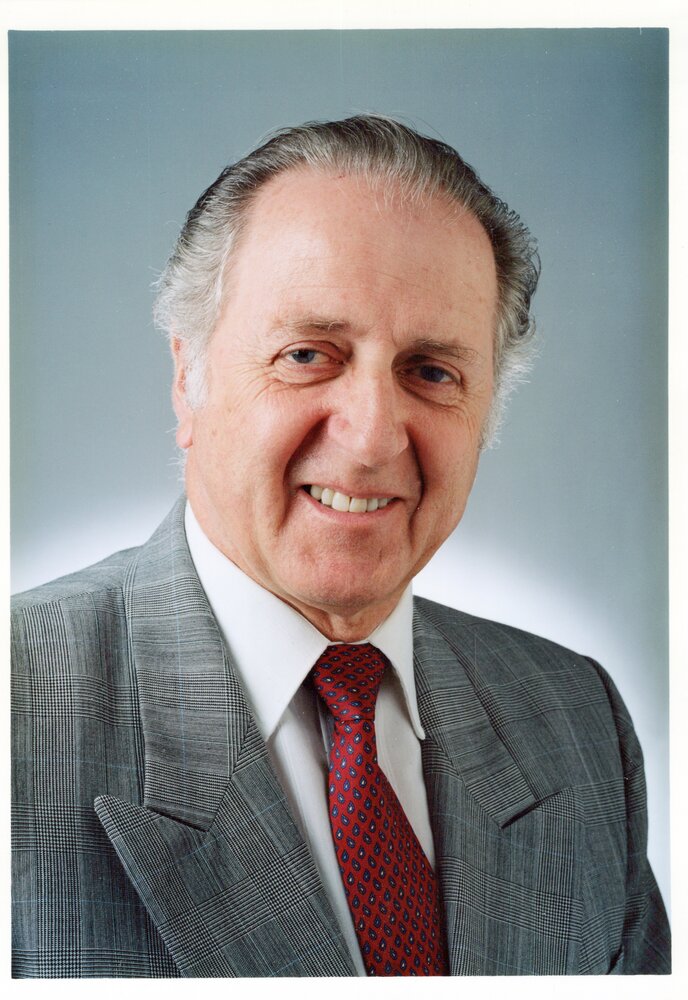 It is with great sadness we announce the passing of Doug Brombal on Wednesday, August 3, 2022, at age 92.

He was a highly respected university administrator, gentleman, mentor, and friend of many.

Doug was born May 18th, 1930, in Windsor where he attended Kennedy Collegiate and the University of Windsor, graduating with a B.A. in Business and Economics.  After starting his career at Ford Motor Company, he later joined Essex College as an administrator in 1961.  Doug was a founding member of the Administration at the University of Windsor. He was involved with various charitable and church agencies and served with the Canadian Army Reserve as a Captain RCOC. In 1972 he moved to Ottawa to become Director of Administrative Services at Carleton University. He retired from Carleton as Director of Pension Management in 1995.

While at Carleton, he held Executive roles in several professional national and international organizations.  Upon retirement, he served as Acting Executive Director of the Canadian Association of University Business Officers and as a consultant to a number of universities.

Doug loved skiing and golf and was a member of the Mont Ste. Marie community for over 45 years, where he made very special life-long friendships.  He was a wine enthusiast, particularly of Italian wines, a member of the Italian Wine Society (Amici dell’ Enotria) since its inception in 1978 and its National President for over 20 years. Being an avid traveler, he combined his love for wine and travel by leading many wine tours to Italy. He particularly enjoyed the Tuscan area and had a special love for Castello Vicchiomaggio.

An engaging friend and an easy companion, he will be missed by all he knew.

A special thank you to Dr. Howard Cohen, long-time physician and friend, Dr. Paul Hacker and the palliative care and hospice support teams.

The family will receive friends on Thursday, August 11th at the Pinecrest Visitation Centre, 2500 Baseline Road, Ottawa, from 2:00 p.m. until the time of the Celebration of Doug’s Life to be held in the Pinecrest Chapel at 3:00 p.m. A reception to follow.

In lieu of flowers, please consider donations to the Canadian Cancer Society or the University of Ottawa Heart Institute.

Share Your Memory of
Doug
Upload Your Memory View All Memories
Be the first to upload a memory!
Share A Memory
Send Flowers