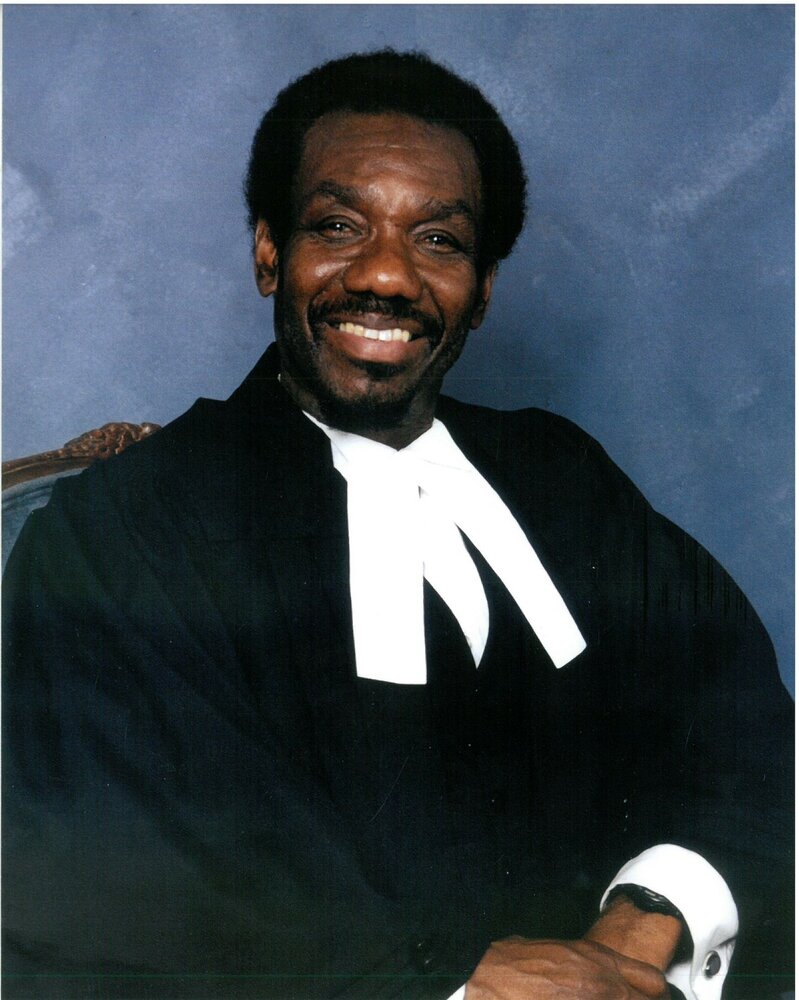 Our dear family member and friend, Kwesi Baffoe (79) of Cape Coast, Ghana, and Ottawa, Ontario, passed away unexpectedly on March 24th. He leaves behind a legacy of perseverance, hard work, loyalty and love. He was a man who exuded a quiet calm, even in difficult times, often responding to inquiries of how he was doing with, “I couldn’t be any better.” In the 1960s, Kwesi graduated from the University of British Columbia and went on to practice as a dentist for just over two decades. In the early 1990s, after a change in course, Kwesi returned to his first passion, studying, and entered law school at the University of Manitoba. In 2010, after years of diligence and dedication, Kwesi graduated with his Ph.D. in Law from the University of Ottawa. Kwesi personified the ideal that anything is possible when you put your mind (and heart) to it. In addition to his strong commitment to higher education, he also had an unwavering faith in God. As a devoted Catholic, committed to the Legion of Mary, he had the zeal to help people from all walks of life. Such commitment and devotion motivated him to pay the tuition of many young people whose parents could not afford to do so. Kwesi is survived by his children, Dominic (Cheryl), Kwame and Marie (Jimmy); his grandchildren, Colleen (Rushawn), Francis, Theresa, Tisha, Elise and JD; great-grandchildren, Saqqara and Zendaya; his siblings, Theresa and Aba, as well as numerous nieces, nephews and friends. A funeral service will be held for Kwesi at Pinecrest Remembrance Services in Ottawa on April 9th at 10:00 am and a funeral service will follow in Cape Coast at a later date to be determined. In lieu of flowers, the family is asking that donations be made in Kwesi’s honour to the Canadian National Institute for the Blind. Kwesi, you were like no other and will be missed so very much.

Share Your Memory of
Kwesi
Upload Your Memory View All Memories
Be the first to upload a memory!
Share A Memory
Send Flowers