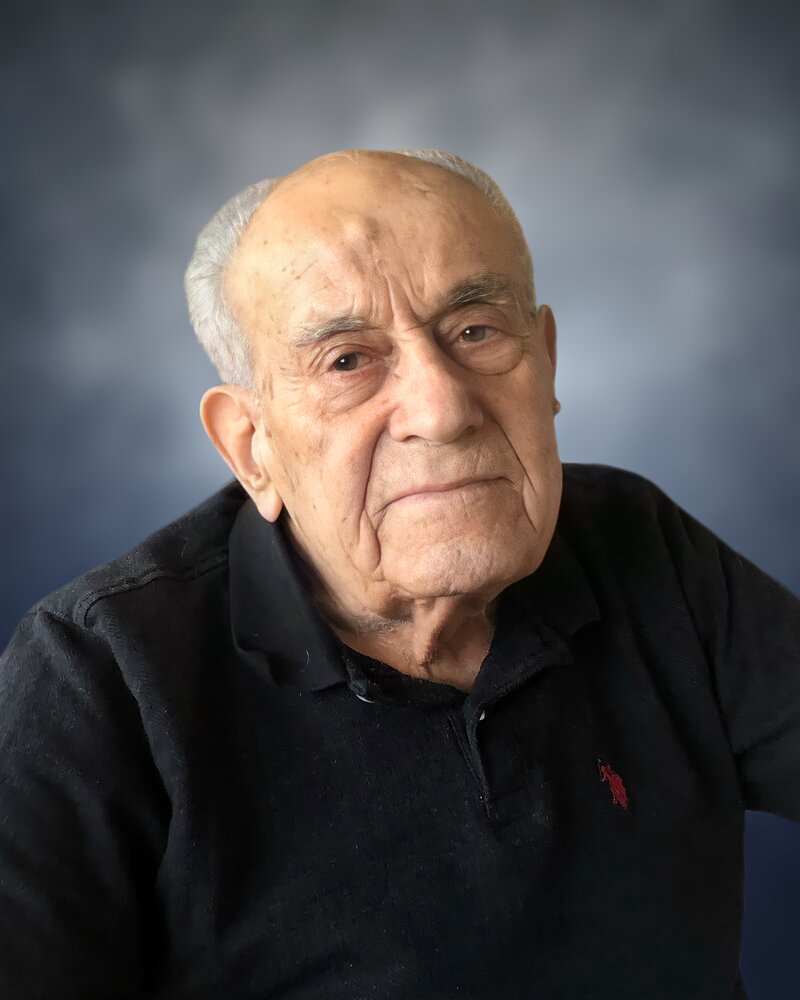 Passed away peacefully on March 11, 2022 at Monfort Hospital at the age of 94 years. Beloved husband of Patricia. Loving father of Elsia (Lance), and Niki (Gary) from his previous marriage to Despina. Much loved Papou of Jesse, Shane (Emma), Sara, George and Nick. Loving brother of Frank (Vasiliki) and pre deceased by his older brother Kosta (Pitsa).

George was very proud of his Greek heritage and was deeply involved in supporting the Greek Community ever since he emigrated to Ottawa in 1954. Together with his brother Frank, they owned and operated Mary’s Drive In Restaurant where friends and family often dropped by

In his retirement, George began a second career as a reporter for the Greek Canadian Tribune “BHMA.” This was something that George deeply enjoyed and valued.

A visitation will be held on Tuesday, March 15th from 10:30 -11:30 a.m. at the Dormition of the Virgin Mary Greek Orthodox Church (1315 Prince of Wales Drive).  Funeral service will follow at 11:30 a.m. followed by interment at Hope Cemetery.

In lieu of flowers, donations to The Dormition of the Virgin Mary Greek Orthodox Church. In the donation note, please indicate “In memory of George Kanellakos.”

Share Your Memory of
George
Upload Your Memory View All Memories
Be the first to upload a memory!
Share A Memory
Send Flowers