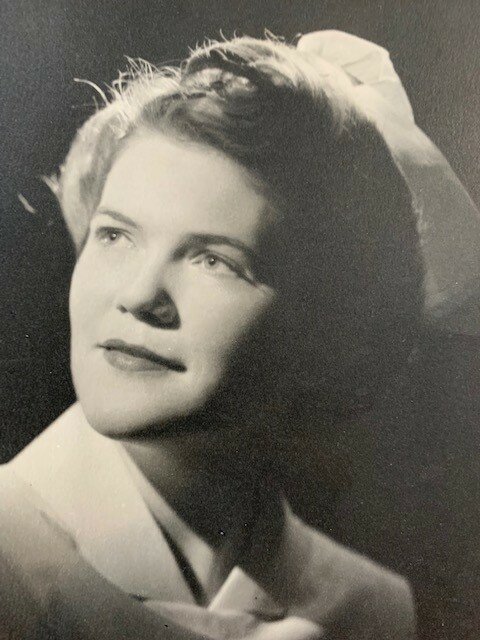 With sadness, we announce the passing of Aileen (Lee) Acheson. Lee died peacefully on December 13, 2021 in Ottawa at the age of 96 with family by her side.

Lee was born in Windsor and graduated from nursing at Toronto Western. Soon after that she embarked on a lifetime adventure in the north when she moved to Copper Cliff to practice nursing at Copper Cliff Hospital. From Copper Cliff on to Sudbury where she married Tom and her four daughters were born. Lee continued her nursing career at the Sudbury General Hospital eventually becoming head of Health Services at Cambrian College.

Lee had a huge love of nature – she spent 47 years at her beloved camp on Rock Lake. The lake, forest, loons, beavers and the occasional bear kept her company along with 3 grandchildren and 7 great grandchildren.

A family funeral is planned for Saturday with a celebration of Lee’s life planned for next spring at camp.

For those who wish, donations can be made to the SPCA.

Share Your Memory of
Aileen (Lee) Elizabeth
Upload Your Memory View All Memories
Be the first to upload a memory!
Share A Memory
Send Flowers