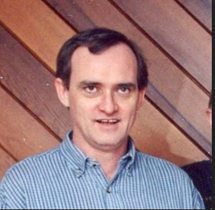 It is with heavy hearts that we announce the passing of Douglas (Doug) McGoldrick, on November 23, 2021, at the age of 65, peacefully at his home in Ottawa.  He was born in Chapleau, Ontario, and lived in Ottawa for most of his life.  He attended Glebe Collegiate and Algonquin College in Ottawa and St. Clair College in Windsor, Ontario.  He was predeceased by his parents, Cecil and Sheila (nee Daly) McGoldrick.  He leaves behind his siblings Patty (Graham Deline), Frank (Nadia Larchenko), Barbara (the late Barry Butler), Elizabeth (Betty) McGoldrick (Don Patterson), Molly (Marvin Larsen), Teresa and Joanne (Tom Cassell).  He was a kind, proud and generous uncle who showed interest in the lives of his nieces and nephews:  Matthew (Christal Lambert) and Sarah Deline (Kevin LeBlanc), Kathryn (Keith Evans) and Alana McGoldrick, Tova and Brian Larsen (Amber Seeds), Colleen (Marko Toš) and Evan Leminski.  Great-uncle of Theo, Sam and Grace, and Freddy and Owen.  Nephew of dear Aunt Maureen, cousin of many and caring friend.  Doug was an avid reader and writer, having penned many letters to the editor.  He sought justice and fairness for all.   He loved joking and sharing laughs and loved games of chance.  Recently, he gave some final words of wisdom saying that, “if I had known I would live so long, I would have taken better care of myself”.   Many thanks to family members who helped Doug in recent months, and Dr. Jonah Marek for his care, as well as Ottawa West Community Support.  A Celebration of Life will be held on Saturday, December 11, 2021, from 2:00 to 4:00 p.m. at The Royal Canadian Legion (Montgomery Branch #351), 330 Kent Street, Ottawa, Ontario.  As per provincial guidelines, proof of double vaccination is required upon entry, and masks will be required.  A private graveside gathering will be held at a later date.

In lieu of flowers, donations can be made to Ottawa Carleton Lifeskills or Christian Horizons who have cared for Teresa for many years, or the Ottawa Youth Services Bureau, a charity Doug supported.

Share Your Memory of
Douglas
Upload Your Memory View All Memories
Be the first to upload a memory!
Share A Memory
Send Flowers